Employers at some companies are attempting to use Facebook as the ultimate follow-up interview:

It’s become standard practice for employers and schools to peruse potential applicants’ Facebook profiles. But in some cases, they are going even further: Some have demanded applicants hand over their passwords so they can view individual’s restricted profiles.

Justin Basset is just one of those individuals. Basset was finishing up a job interview, according to the Associated Press, when he was asked to hand over his Facebook login information after the interviewer couldn’t locate his profile on the site.

It’s been long understood that you have no expectation of privacy on the Internet. The belief is that anything you post online is voluntary and public knowledge. You can’t write an Op-Ed criticizing Walmart and expect that not to impact your ability to get a job at Walmart. People are often terminated for writing about their workplaces in their blogs or on Facebook. 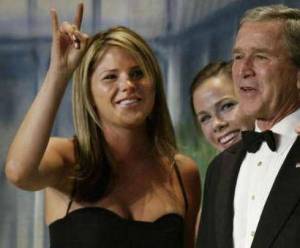 Public perception of the Internet has changed somewhat as usage becomes more widespread. Searching for information about someone online feels less like reading old newspaper articles about someone and more like rifling through someone’s underwear drawer.

Facebook serves many purposes. There are both professional and personal pages. However, it’s ostensibly an online scrapbook, a place where people share photos of their families and vacations, make engagement announcements, and wish someone happy birthday just under the wire at 11:59 p.m.

The most benign — but still creepy — reason for seeking access to someone’s Facebook account is probably to ensure that the candidate doesn’t badmouth former employers or make devil horns when posing for photos. It’s still pointless — people have badmouthed their bosses for as long as bars have existed. The issue with the devil horns is more understandable. You can’t trust those people.

However, as someone who has interviewed and hired people, I find it astounding that anyone would ask for the password to someone’s Facebook account. Sure, employees hand over their social security cards and driver licenses on their first day at work but that’s after they’ve been hired. Facebook profiles also contain a host of information that is illegal for an interviewer to ask an applicant: age, marital status, whether you have children or plan to do so, national origin, religion, disability, and so on. You can’t conceivably claim you wish to acquire information from Facebook that isn’t by definition personal. The request for access is also direct and can’t be rationalized as a slip of the tongue (i.e. “I see you attended University of Georgia? Where you still there when they were on the quarter system?”). It’s clearly illegal.

“It’s an invasion of privacy for private employers to insist on looking at people’s private Facebook pages as a condition of employment or consideration in an application process,” said Catherine Crump, an American Civil Liberties Union attorney, on the ACLU’s website. “People are entitled to their private lives.”

“In recent months, we’ve seen a distressing increase in reports of employers or others seeking to gain inappropriate access to people’s Facebook profiles or private information,” Facebook’s (Erin) Egan said.

“This practice undermines the privacy expectations and the security of both the user and the user’s friends. It also potentially exposes the employer who seeks this access to unanticipated legal liability.”

What Egan doesn’t say is that this jeopardizes Facebook’s product. Facebook makes a fortune selling your personal information. Sanitized, employer-background-check-proof profiles that don’t list all your “likes” or any relevant demographic details are useless to them. If people don’t feel safe to “overshare” on Facebook, it eventually goes the way of Friendster.

Then employers will have to rely on information relevant to the positions for which they’re interviewing to base their hiring decisions. There’s an Aesop fable in there somewhere.

Posted by Stephen Robinson on March 26, 2012 in Capitalism, Pop Life